Morgan has showcased the design direction of its all-new three-wheeled model with the release of a series of never-before-seen design sketches. Taken from the drawing boards of Morgan’s design team, the illustrations demonstrate the aesthetic intent of the new model, as well as the inspirations that underpin it. 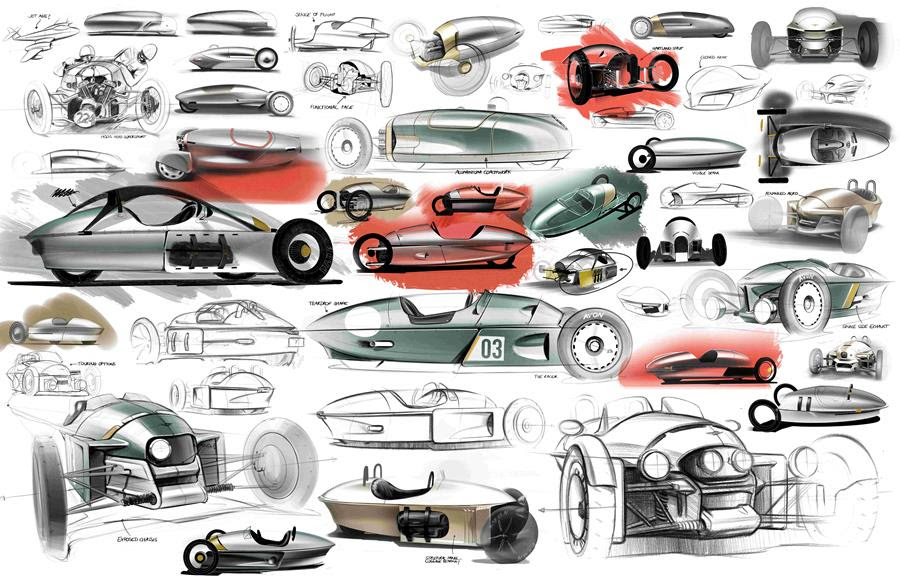 No single sketch in isolation reveals the exact look of the new model, yet in culmination they demonstrate some of the key design features that will be revealed in full when the new three-wheeled model is launched in 2022.

The sketches show a technical front end trailed by a fluid form, the vehicle ‘visually towed’ by its leading front wheels. The visual mass resides behind the centre line of the front wheels and never on top of them, a theme that has remained prevalent from the earliest sketches. Further design principles include the celebration of mechanical honestly and the communication of function through design, hallmarks of previous Morgan three wheelers.

As demonstrated in the sketches, the design of the new model is bold and eccentric, taking inspiration from mid-century jet planes, motorcycles, historic Morgan models and modern industrial product design — images of which adorn the walls of Morgan’s design and engineering studios.

Complementing this personality will be an extensive list of specification items and accessories available from the outset, making it Morgan’s most configurable vehicle ever. The model can be tailored to assume multiple identities, and cater for every adventure.

Steve Morris, Chairman and CEO of Morgan Motor Company, said: “Morgan was founded on the production of three-wheeled cars, and when the 3 Wheeler was re-introduced in 2011 it became a core pillar of the company’s product range. We recognise the importance of evolving this bloodline and continuing to provide our growing community of enthusiasts with new, exciting, and unforgettable motoring experiences. Creating the all-new three-wheeled model has been a ground-up project, throughout which safety, durability, and character have been at the forefront of our focus. It has been an absolute joy seeing the new vehicle take shape, and we cannot wait to present it to the world next year, continuing the legacy of the model.”

Jonathan Wells, Head of Design, Morgan Motor Company, said: “Morgan cars are often described as ‘analogue’, despite exhibiting industry standard technologies. We believe that in a world of technology, making art of a car’s mechanical elements serves as an antidote to typical vehicle design. Throughout design studies it became quickly apparent that the vehicle must celebrate the model’s mechanical honesty. The sketches demonstrate how these will form a focal point of the new vehicle. The ground-up design is simultaneously a reflection of Morgan’s rich past, relevant to the present, and provides a firm vision of Morgan’s design future." 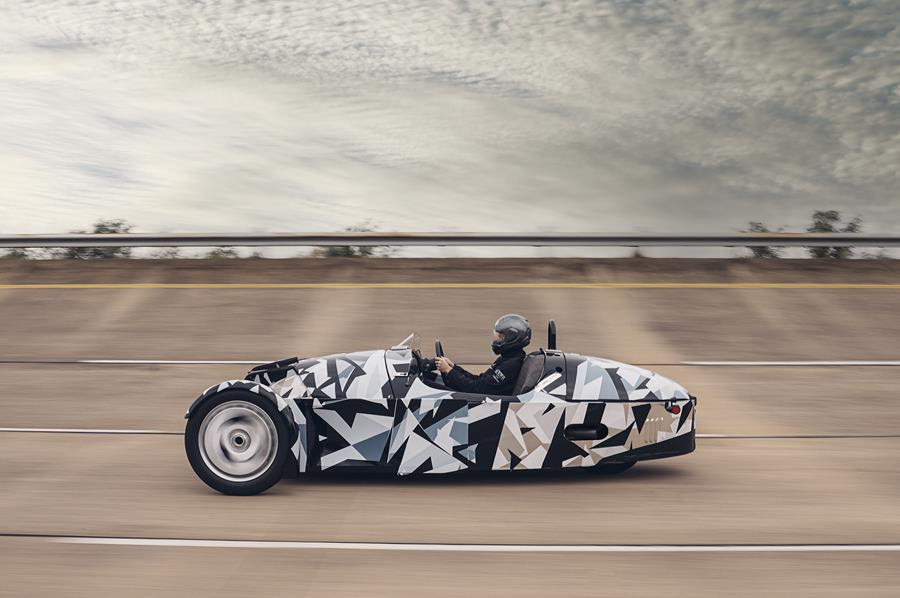 The illustrations shown today follow the previous information released in September, confirming the car’s all-new design, defined by significant engineering enhancements and a spirit of adventure. The model will be powered by an internal combustion engine at launch, specifically an inline three-cylinder naturally aspirated engine from Ford, continuing Morgan’s relationship with Ford which began in 1933.