a. All entrants wishing to be included in the MSCC Championship should register their intent at the beginning of the season with the Awards Secretary. Entrants into the Hillclimb / Sprint and Race Championships are automatically entered. Details including model and age of car, type of engine, & MSCC membership number will be required to ensure eligibility for certain awards..

b. Only fully paid up members of the Morgan Sports Car Club are eligible to claim points and / or awards.

c. For the Quarter Century Cup, entrants must confirm eligibility (i.e details of engine, gearbox, axle / diff, chassis, frame; 3 of which must be original) to the Awards Secretary at the beginning of the season.

d. Results will be declared final by 31st December.

2) Points are to be claimed according to the following provisos

a. Morgans – based on positions relative to other 4 wheeler Morgans in the same class irrespective of Class Awards

b. Only one set of points may be claimed per event.

c. A member's best twelve results to count towards the MSCC Championship. All events to be claimed for and the Awards Secretary will determine the best twelve for each competitor.

d. A Classic & Super Classic list of events carrying a bonus of 10 & 20 points per event to encourage members to enter at events where good support would most benefit the club.

e. Only bonus points for a maximum of eight Classic listed events will be counted.

f. Events or classes with less than three Morgans starting, half points will be awarded.

In the event of an end of season tie, the Competitors best eleven results will count. If still a tie, the best ten, and so on. If this does not resolve the situation, then the best thirteen, fourteen and so on. Awards Secretary; Mike Meredith MSCC Championship Rules

An award will be made halfway through the season, for the most points claimed up to the end of June to encourage early participation in the Championship.

a. Points can be claimed only where the MSCC is an invited club, and all entries must be made in the Morgan Sports Car Club name.

b. Only MSA approved or foreign equivalent events may count for points.

c. The onus of proof that the event is one to which the Club has been invited is on the Competitor. He / she should send a copy of the regulations with a copy of the full results to the Awards Secretary to constitute a claim. If there is a Centre competition Co-ordinator, they may send a single claim on behalf of their members.

a. All bonus points are awarded for starting an event, regardless of whether or not you actually finish.

b. Points will be awarded on a handicap basis only if the the class is listed as a handicap-only class in both regulations and results sheets. Scratch results will otherwise be used.

8) Awards / Trophys In addition to trophies awarded for competing in the MSCC Race Series & MSCC Speed Championship, the following trophies may be awarded;

a. SGT Racing Trophy ; The MSCC Member achieving the best result driving a Morgan against other marques, during the season.

c. The Red Ped Award; The MSCC Member, who, in the opinion of the Editor, has contributed the most Interesting article to Miscellany.

i. Morgan Sprint Trophy; Fastest time by a Member driving a Morgan at the MSCC Annual Sprint.

j. Parc Ferme Trophy; Presented to the winner of the class run offs driving a Morgan at the MSCC Sprint at Curborough.

m. The Millie Trophy; MSCC Member doing something outstanding in a Morgan Series 1. 4/4 either in competition or otherwise

o. Vice President's Trophy; Competitor who has performed with great merit in a Morgan pushrod 4 cylinder .

p. Nil Desperandum Trophy; Best overall performance by a member driving a Morgan not winning any other individual award.

q. Prebendary’s Cup; Awarded to the person or group Contributing most to organise the Club's Annual Event

r. Driving Force Award; Awarded to the Gentleman Member who deserves recognition for his efforts on behalf of the MSCC

s. The Jenny Seward Memorial Trophy; Awarded to the Lady Member who deserves recognition for his efforts on behalf of the MSCC

u. The Gymkhana Shield; The Member who wins the Gymkhana allied to the MOG event of the year. 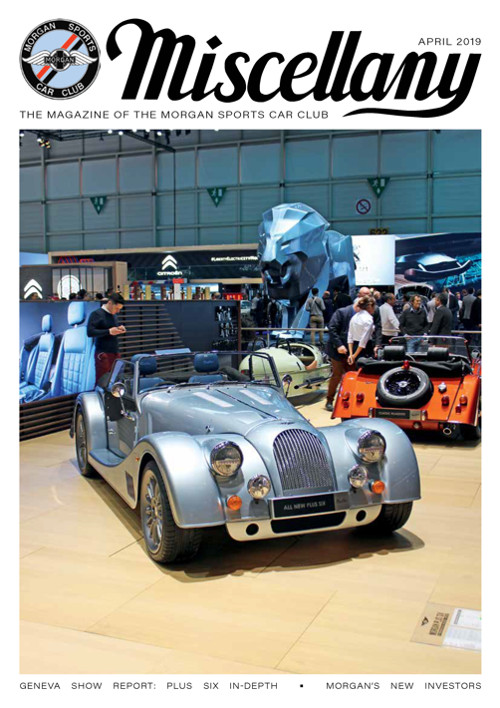